The games of 2019 have provided us all with many worlds to explore, characters to meet, and objectives to achieve. We’ve taken down zombies, “caught them all” in the Galar region, revisited Koholint island, travelled through space in the outermost wilds (or was it worlds?), built a whole lot of bridges, done plenty of shooting and looting… and wreaked havoc as a dastardly goose.

It’s the time of end of year lists, and some of us at Player Research wanted to contribute our thoughts on which games should be considered Game of the Year. Below are some of these personal choices with a few words on why each game made it to be a top pick for 2019. And as a bonus this year, since we’re reaching the close of the decade, we also thought we’d create a Player Research Games of the Decade list for some extra fun! Once people had submitted their own personal top 10 lists, the games were collectively scored based on their ranking and the end results formed our group top 10 based on which games got the highest points overall. Read down to the bottom to find out which games came out on top! 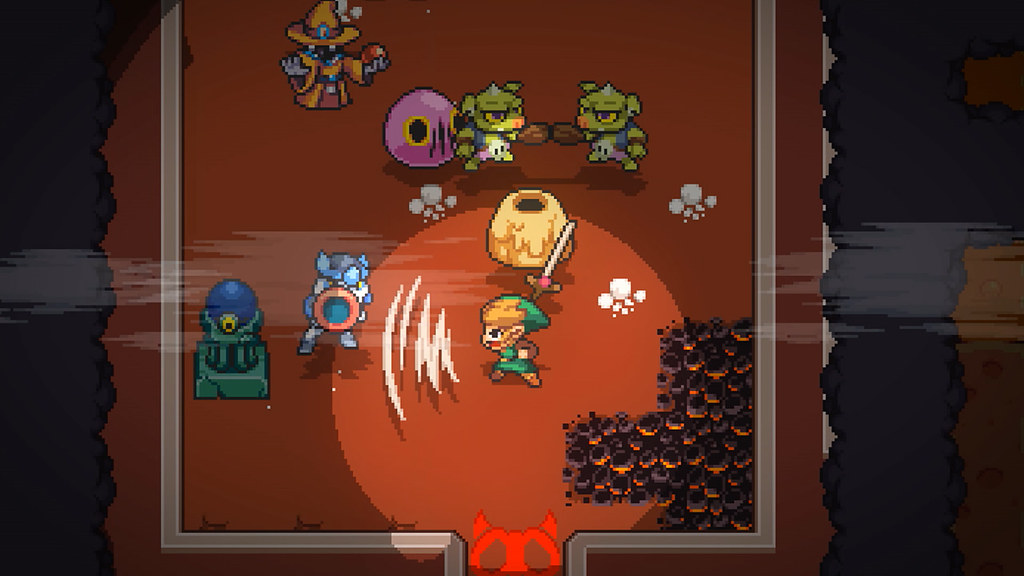 The Legend of Zelda is the best video game series ever made.
Crypt of the NecroDancer is the best rhythm based roguelike ever made. Cadence of Hyrule is what you get when you put these two things together. It’d be worth it for the music alone, which is definitely the star of the show. The game features fantastic remixes of all the classic Zelda themes. This is one of those rare games where I’ve waited on the menu screen just to listen to the music, and that’s before the game has even started.

With a beautiful 2D overworld reminiscent of A Link to the Past, dancing sprites of classic Zelda enemies, dungeons and bosses, and a playable Link and Zelda (Come on Nintendo, when is playable Zelda happening in the main series?), Cadence of Hyrule is all the best bits of classic Zelda mixed with the fantastic dungeon crawling and infectiously rhythmic music of NecroDancer. 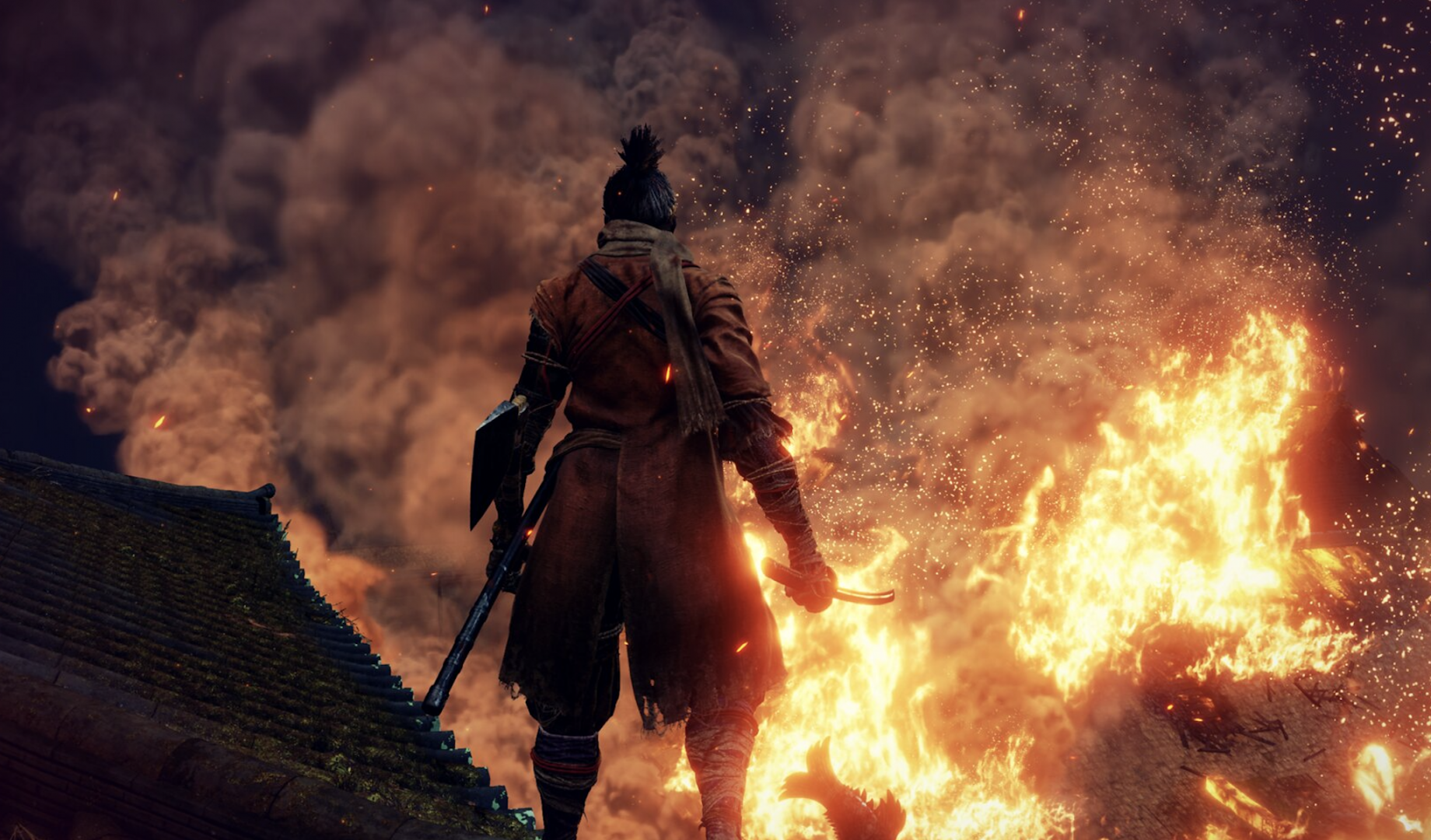 As a mega-fan of FromSoftware games (with platinum trophies and body art to show for), I was both skeptic and excited about the new twist to the formula that Sekiro was bringing to the SoulsBornKiro universe (official name pending). However, we started on the wrong foot Sekiro and I. Why did dodging suck? Why can’t I block? Why am I stuck with the one sword only? Pro tip: don’t try to learn this game while having a splitting migraine – It doesn’t work.

But then it clicked. You can’t ignore the parry system. You live and die by the parry system. Beautiful, satisfying, frustrating, deadly parry system. From there on out, I had a real blast with the game. The story, the environment, the enemies, the combat – all things that I have come to know and love about DarkBloodDiesTwice’s universe (official name pending) – where all here and in full force. After beating the final boss on my NG +++ and getting that satisfying “Ping” that comes with unlocking a Platinum Trophy (weird flex, but okay), I knew that Sekiro had taken a serious option at the title of my GOTY.

All I had to do was to git gud at parrying. Which I did. Because I AM gud.

It may not be cool to have a CoD game as your favourite game of the year, but hear me out. I spent months of the early portion of this year playing AC Origins & Odyssey (both to platinum), which took up such an enormous chunk of my year’s gaming time that I’ve since been actively trying to play 2019 games just to be able to pick a GotY.

Now, this isn’t to detract from Modern Warfare, because I was superbly impressed with it. I’ve only played the campaign so far, and it’s got a politically goofy story, to be sure, but one that’s certainly more mature and thought provoking than previous entries, and I greatly enjoyed the reimagining of core characters from the original trilogy. Gameplay-wise, it was fast, tense, and engrossing, particularly in the close-quarters scenes. I also loved the small tweaks to core gameplay features, including mounting weapons against objects, reloading while aiming down sights, and actual interaction with doors! Imagine!

So, while all that is true, also consider that I’m only 10 hours into Three Kingdoms, which will probably become a serious contender for my favourite game of 2019 after I’ve already submitted this!

This year I found I really enjoyed systematic and calming games, which for me usually means management or artsy games. Concrete Genie fit the bill, and did it in a beautifully calming manner. The game itself is a story of bullying and revival, using Ash’s art and compassion to mend the village of Denska. I loved seeing the impact I had on the village and I progressed through this calm game, and making my own art along the way.

This is a one of a kind game that will stay with me for a long, long time. It’s one of those games where I genuinely wish I could wipe my memory so I could re-experience this game for the first time again and again! The sense of discovery and wonder in this game are near unmatched for me, and there were countless breathtaking moments of revelation and joyful discovery, and several times I was moved to tears due to the beautifully moving narrative and mini-threads woven throughout Outer Wild’s story. The ending in particular was very emotional, and left me contemplating much about my own life, what it means to be alive, and how we’ll all be gone one day.

I recommend everyone go into this game as un-spoiled as possible, but know this; Outer Wilds is a game set in space that doesn’t involve washed out gameplay tropes involving colonialisation and combat; instead, knowledge is the driving force in terms of gameplay, and with no skills, weapons nor items to unlock along the way, the only thing enabling your progress are the wonderful things you learn on your journey.

Without a doubt the sleeper hit of 2019, and I honestly would urge everyone to play this incredible game!

I consider myself lucky as the first game I was working on at Player Research happened to be also my Game of the Year – what were the odds!? The game is about brotherhood, friendship, father-son relationship, absent mother, difficult life choices, immigrants, injustice, growing up too fast, being responsible for someone and much more… I like it mostly for touching difficult matters as well as for its atmosphere and art style. The final episode of Life Is Strange 2 is about the #journeysend for the Wolf Brothers, for me it was how the journey started…

Return of the Obra Dinn (Switch)

Although technically last year’s release, it came out on Switch this year so I’m counting it, sorry Chloe. Return of the Obra Dinn is unlike most games I’ve ever played and the amount of atmosphere, life and detail Lucas Pope managed to squeeze out of its 1bit pixels is astonishing. The core mechanic is reasonably simple, but the level of complexity layered over that to get to the bottom of the mystery of the Obra Dinn makes the game so much more than the sum of its parts. Definitely not one to be missed!

And last, but definitely not least, here is our group top ten best-rated games of the 2010s:

We can’t wait to see what the next year (and the next decade) brings us!

Player Research’s Games of the Year 2022

Our behavioural code for guiding inclusive, empathetic, and respectful behaviour at Player Research.

Organising Playtest Sessions to Get Great Feedback from Children

How to get the most of playtests with kids? Here are some tips & tricks

We use a small number of cookies on our website so that we can gather information to see how people are using it, and how we can make improvements for our users. These cookies do not track or store personal information.

By clicking “Accept”, you consent to the use of ALL the cookies. However you may visit Cookie Settings to provide a controlled consent.

This website uses cookies to improve your experience while you navigate through the website. Out of these cookies, the cookies that are categorized as necessary are stored on your browser as they are essential for the working of basic functionalities of the website. We also use third-party cookies that help us analyze and understand how you use this website. These cookies will be stored in your browser only with your consent. You also have the option to opt-out of these cookies. But opting out of some of these cookies may have an effect on your browsing experience.
Necessary Always Enabled
Necessary cookies are absolutely essential for the website to function properly. These cookies ensure basic functionalities and security features of the website, anonymously.
Analytics
Analytical cookies are used to understand how visitors interact with the website. These cookies help provide information on metrics the number of visitors, bounce rate, traffic source, etc.
Save & Accept
Powered by